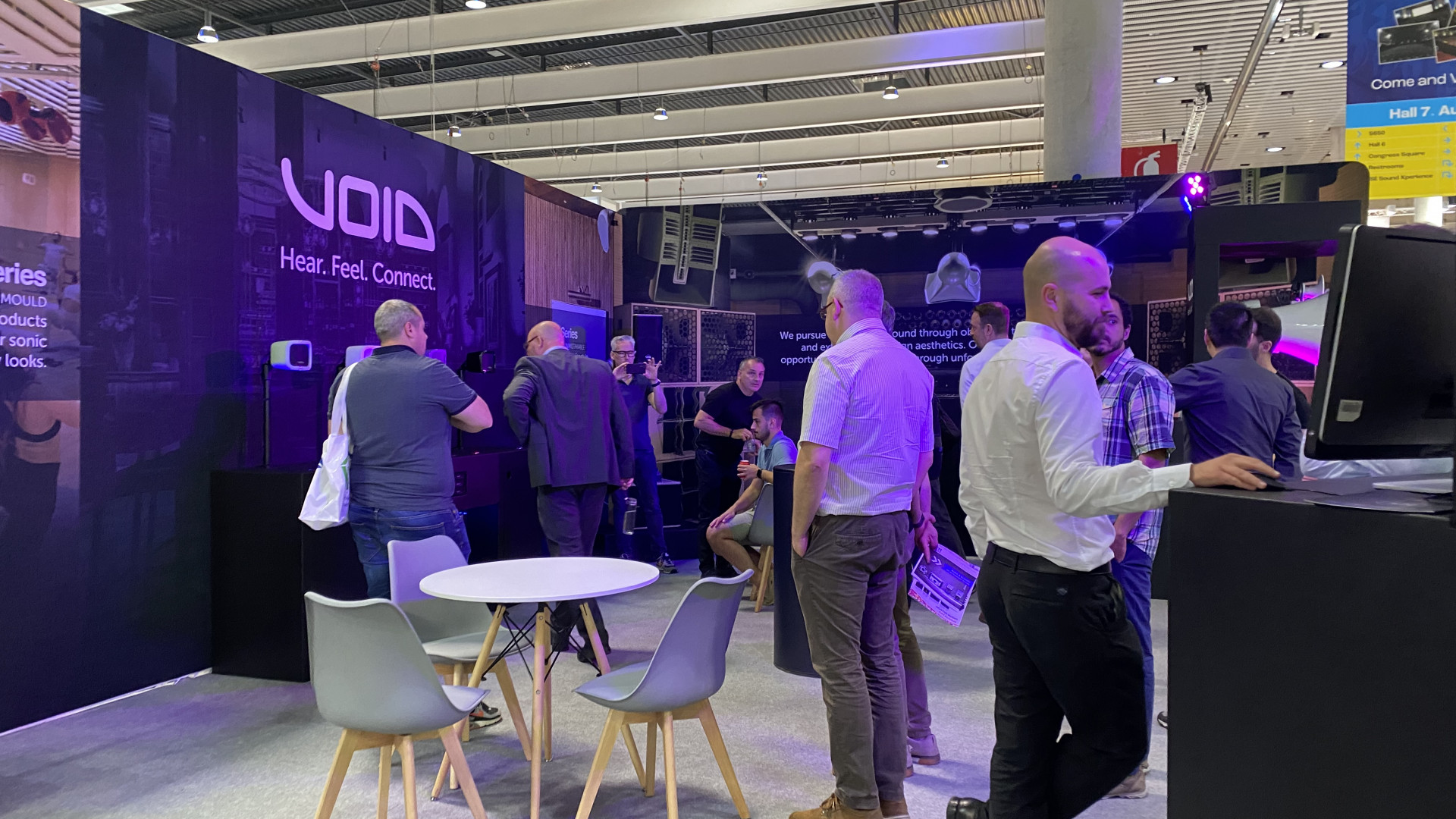 The Void Acoustics team are back from the ISE trade show in Barcelona with a book full of new customer contacts, confirmed orders and an overwhelmingly positive response to the new Cyclone 4 – the latest compact, versatile addition to the Cyclone speaker series.

“Our expectations for ISE have most definitely been exceeded,” smiles Josh Pearce, EMEA Sales Manager for Void Acoustics. “We had designed an open and welcoming stand for us to re-connect with many of our existing customers – both from Europe and from further afield. And there was a constant stream of global customers and potential new customers coming onto the stand from as far afield as Mongolia, Israel, India, Central America and Africa. As well as the UK and all the main European countries! It was fantastic to be able to greet our global family and to see so many people face-to-face for the first time in a long while.”

The Void team reported constantly high footfall onto the stand throughout the four-day show. In addition to which, with the show being hosted in Spain for the first time, they saw almost their entire dealer network from the Iberian Peninsula.

It seems that the word had spread, and everyone was keen to see the new Cyclone 4 speaker – the launch of which was a key feature of the trade show for Void.

“The reaction to the Cyclone 4 was very positive. In fact, people absolutely loved it. The feedback from our dealers, distributors and end-users has been all about the sound quality of this compact speaker” explains Josh. “People love how it looks and they told us in no uncertain terms they are excited to start specifying it on projects all around the world!”

In addition to the show-stopping Cyclone 4, Void Acoustics were also showcasing the recently launched addition to the Venu range – the ultra-compact Venu 208 sub-woofer, as well as their newest Bias Q3 touring amplifier. These products were ably supported by the full Cyclone range and a variety of other products from the expansive Venu and Air series – all of which could be seen up-close on the stand.

“It was a first for Void at a trade show to return with a full book of pre-orders and stock orders, so we could not be more thrilled. We also upped the ante on our brand awareness” continues Josh. “It is going to be a busy time for the team to follow up with some exciting new customers from regions of the world which are new to Void Acoustics, as well as discussing order fulfilment with current clients.”

“There is now doubt that we can already say that ISE 2022 was a huge success for Void Acoustics. We couldn’t have asked for more after a two and a half year hiatus away from European trade show floors,” sums up Amy Harvey, Marketing Manager for Void Acoustics. The entire team were thrilled to be back and to see the excitement on peoples’ faces! The whole show had an incredible buzz for us and we are already looking forward to next year.”

Thank you for reading, if you'd like to learn more about the new compact Cyclone 4 loudspeaker, click here! Or, you can discover the full Void Acoustics product range by clicking here.

Sign up to our newsletter to receive the latest news updates and event info.